All in a sudden I decided to do it. Under any circumstance, there are things you should not delay. That’s what I thought when I decided to visit Great Barrier Reef. It’s a fantasy; it’s a dream. 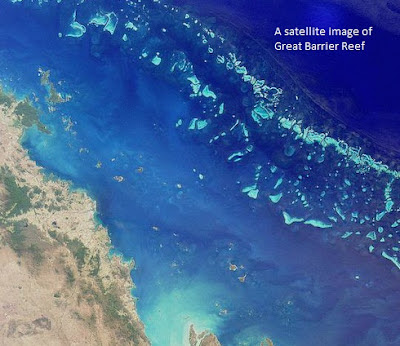 Great Barrier Reef (GBR) is the largest coral reef system on earth that consists of more than 2900 identified individual reefs. Obviously, it’s one of the ultimate wonders of nature. Northern Queensland of Australia is one of the best gateways to GBR.  Coral reefs are the richest ecosystems on earth. Richer than tropical rain forests.

You can select basically one from Cairns or Port Douglas to stay and get in to a diving boat. I selected Cairns due to the easy access to Cairns Airport and my wife can do some shopping while I am away.

If you are flying to North Queensland, February is not the best time, but it’s the best “wallet-friendly” time. “Very hot, Very humid and most of all Very nice people” That’s the first impression about Cairns. It’s not a big city... definitely not Sydney... because people of Cairns have time to smile with someone and willing to please someone.  It’s like somewhere in Sri Lanka. You can make new friends while waiting for a bus. Man made lagoon in the heart of the City is one of the remarkable icons for Cairns.

I travelled in a modern speed boat to the reef as I planned. It contains everything; diving gear, drinks, meals and very comfortable lounge type areas to rest. Most of all, boat was full of people from all around the world who had their own different reasons to do this expedition. It was a good experience to share our knowledge and inspirations. I met a nice guy from Michigan who was bit nervous, but he badly wanted to do this dive. Again I met a middle aged guy from Argentina who was travelling with his twin teenage daughters. I enjoyed his company and his humorous style of talking.

“Well, you are from Argentina... Are you a Football fan?”

I was the only black (Asian) guy except for one Fijian diving instructor who was training snorkelling for amateurs. Next significant thing about me within that circle was I am the slimmest of all. When selecting diving gear one crew member was telling “Ladies and perhaps ..Sumedha can use these small size yellow fins...” Then he smiled at me and added... “take it as a compliment mate..” . “Ok, I will” I said to myself. 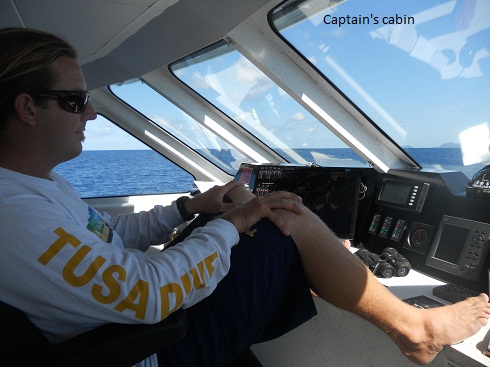 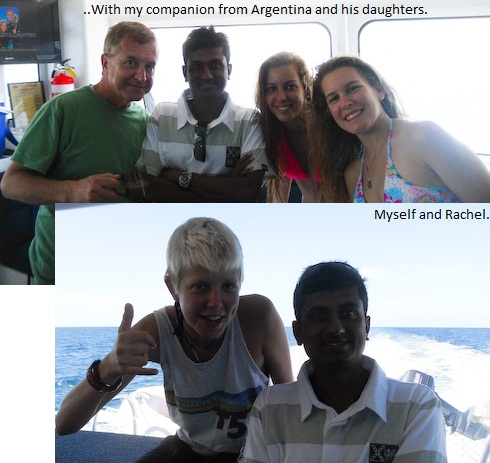 I teamed up with few others. It was guided by experienced dive master from Queensland called Rachel. Other team members were my buddy diver Sean and a young couple from UK. Sean was an experienced diver and he wanted to get good photos of the reef, which was my idea too. So it was a good match. 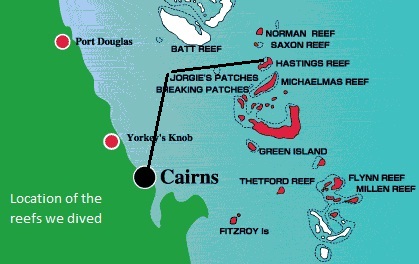 When I dived first... I felt like I am entering to a dream world because my mind was telling me... that I am really in it! I have been waiting for this moment. It was the marvellous warm waters welcome you. If I recall my memory of coral reefs of Hikkaduwa or Trincomalee, I saw more vibrant soft corals in GBR. It is also said that GBR is the healthiest coral reef on earth today. I usually don’t dive more than twice per day, but this time I was too greedy and made three consecutive dives in two different reefs, namely Hastings Reef and Jorgeys Patch. For the second dive, we got in to a small dinghy boat and left for bit far from the main boat. 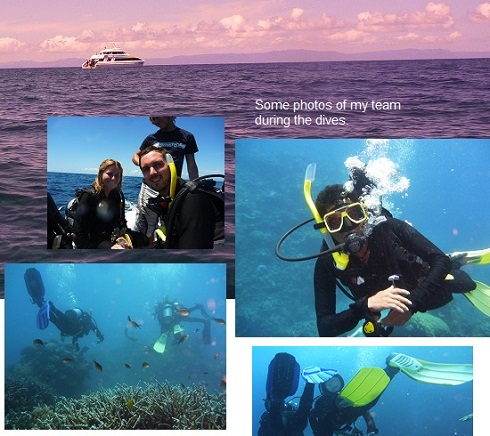 
What Great Barrier Reef means to me? Hm... it’s a long story. When I was very small, probably 7 or 8 old, my parents brought me and my brother to see a documentary film at New Olympia (Colombo) on Great Barrier Reef. I and my brother were amazed with the beauty and were watching the film with surprise. Probably, I would have asked thousands of questions from my father. This film still comes to my mind like a fantasy seen in a distance. That’s the first inspiration of my life to see the Great Barrier Reef... probably I wanted to see that beauty for real. I kept on telling that I am going to see it one day. My father hasn’t been into many tough outdoor activities, but he encouraged us to do all; Cycling, swimming and hiking. Even he let us try climbing a coconut tree, though it was criticized by some of his own relatives. They would have thought that I might select it for living.

As soon as I came to the hotel, I dropped two short e-mails to my Mum and brother telling “I did it!” Unfortunately, my father is not there to share my joyful e-mail. So it is an emotional achievement for me.

While we were sailing back to the land, the Guy from Argentina who became friends with me was having some hot coffee with me. Coffee is the best pal after diving. While having a leisure chat, he asked what make I come this far for this diving. I told him about the documentary film and its inspiration. “This is for my Father and Mother who didn’t forget to guide us to nature, while confronting with all the day-to-day challenges!” I added. He wanted me to tell this story to his daughters.

One day, I will tell this to my daughter too. 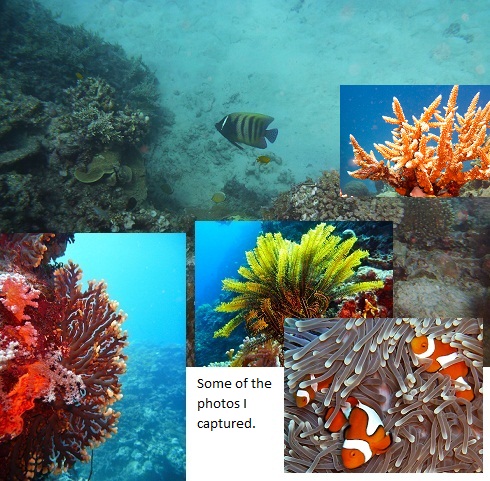 Posted by sumedha Obeysekera at 3:27 AM 10 comments: